Nuugi on Matutino Express NewsThe Morning Express news team and the beauty conductive Escobosa Sofia visited us in order to know the amazing services Nuugi Resort has for us and our feline friends.

It was a beautiful day when I arrived that morning at Nuugi. My friends were happy to see me and when I heard them barking they were eager to tell me something. I was told that day would be the opportunity to be on television.

The “Matutino Express News” team and the beauty TV host Sofía Escobosa visited us in order to know the amazing services Nuugi Resort has for us and our feline friends.

Since arriving I could feel the surprise of the production team of “Matutino Express”, where they were greeted by all my colleagues who ran with all the strength of his four legs to welcome them with barking, kisses, hugs and many tail movements.

My doggy friends, who were enjoying a few days at the resort,  were very excited to meet Sofia -how couldn’t if that girl is a wow- and showed all their charms to get her attention and to be near her and cameras.

Sophia could not get enough playing  with us as we made a tour of the facilities. My friend dogs enjoyed the agility and gave a great display about tricks they had learned. They felts as famous dogs when the cameras caught their graces.

Continuing the tour of the resort, we had a little visit to a friend who was injured in his little ear. It was at that moment that Sofia went to see how he was being treated at the veterinary clinic.

Later she had a talk with our trainer, Efren. He told her about the good times we had together while we are taught to behave like good dogs and we receive prizes in exchange. Is a good deal!

Unfortunately it was time to finish the tour. Sofia took the final minutes to play with us and give us some delicious treats, and could not stop smiling as we all said goodbye to her with some licking. He took leave saying that we were all incredible dogs and invited us to see ourselves on TV in Matutino Express.

Here you can watch us on TV! Reportaje de Nuugi en Matutino Express

I won’t forget that day, Thanks Nuugi! 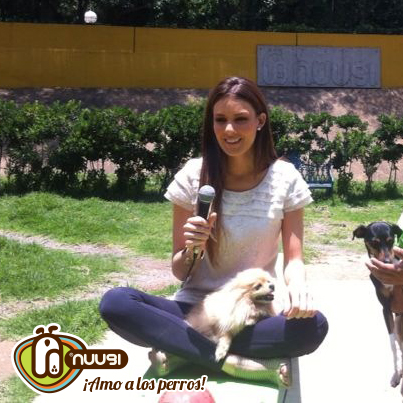 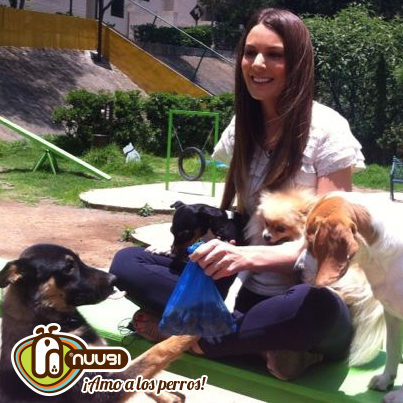 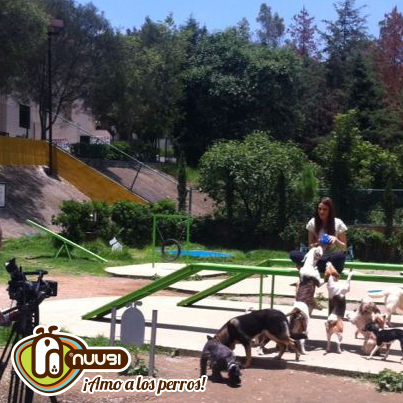